Dallmeier electronic, one of the manufacturers of video security technology, will present its portfolio of new products and customer solutions at the Russian security trade fair "Securika Moscow" (Moscow, Crocus Expo, Pavilion 2) from 13 to16 April 2021.

Dallmeier offers innovative video security solutions to its customers in an enormous range of industries. With the patented "Panomera®" multifocal sensor technology operators have the capability to capture large spatial relationships comprehensively and to zoom in on suspicious incidents while the system continues recording the entire scene. Thus, Panomera® allows optimal overview and high-resolution detail zooms even after the fact.

The great advantage is that the customer can define the minimum resolution density (DIN EN 62676-4) required for this individually as early as the planning stage. Consequently, stadium operators for example benefit from the fact that recordings of offences are incontestably usable in court.

Apart from the outstanding cost-effectiveness of the solution, this was one of the crucial reasons why nine out of twelve host stadiums for the 2018 FIFA World Cup in Russia decided for the patented Panomera® technology.

Besides this application, airport operators and logistics companies can rely on the unmatched image quality when investigating questions of liability, for example. At the same time, this minimum resolution density also serves as the basis for video analysis applications now and in the future.

The Panomera® S-Series is particularly notable for its peerless capture of long distances. The Panomera® W-Series helps the operator to create a seamless 180° or 360° view of a scene. Customers are thus able to reduce the number of cameras and the associated infrastructure many times over.

In combination with the installation of the latest generation of chips, which are already equipped with integrated neural networks, they enable intelligent AI-based video analyses for an enormous range of application areas. For example, they can be used to perform "crowd analyses" in high-traffic airport concourses, while on the perimeter AI-based object classification minimises the number of false alarms.

Besides its patented Panomera® technology, Dallmeier will also present its integrated Mountera® mounting system. Together with the Panomera® W-Series, the mounting system received the iF DESIGN AWARD in 2020.

Constructors and installers, for example, can carry out the entire installation with just one Allen key size. The Mountera® "Quick Lock" system enables rapid, one-man assembly and the same camera system can be used at different sites.

With the open software platform HEMISPHERE® for Security and Business; customers can easily expand video systems with third-party installations such as fire alarm or access control systems.

Sophisticated system components such as 2D- and 3D-maps including "Active Elements" guarantee efficient processing of relevant incidents and alarms. So, security managers have considerably more control over areas that are both large and heavily used. 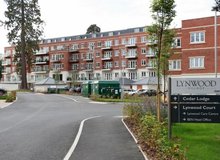 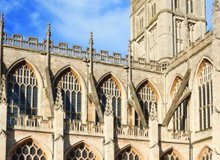 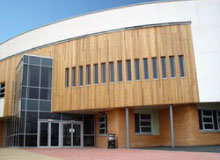 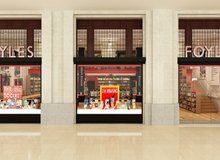